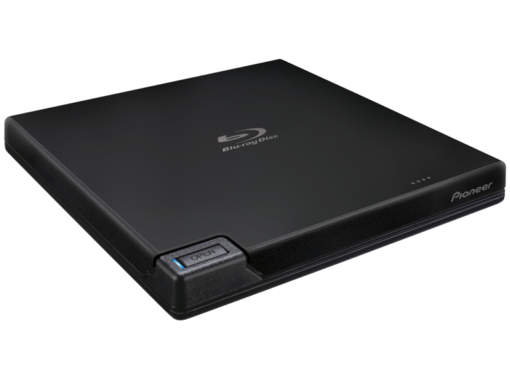 The BDR-XD07TB is one of the world’s smallest and lightest BD/DVD/CD portable burners supporting BDXL and M-DISC. The ultra-compact 133×133×14.8mm USB 3.0 drive can read and write to all BDXL discs1 including BD-R triple-layer 100GB media, BD-R quad-layer 128GB media, and BD-RE triple layer 100GB media, as well as conventional Blu-ray discs (single-layer 25GB media and dual-layer 50GB media). The portable device, measuring only 133mm (W) X 133mm (D) X 14.8mm (H) and weighing a mere 230g, also has the ability to be powered directly via USB (no AC adaptor required).

The BDR-XD07TB includes CyberLink Software, “CyberLink Media Suite 10” only for Windows OS. It is needed to be downloaded through the WEB. (https://jpn.pioneer/ja/pcperipherals/bdd/eula/cyberlink_media_suite/en.php) Product key for free download is included. PowerDVD™14 delivers award winning playback software and will even upscale standard-definition content to high-definition quality. PowerDirector® 15 LE allows you to import your home movies, edit them, and then upload them to social media sites. Power2Go® 8 gives you the ability to burn your valuable files to Blu-ray (including triple and quad layer BDXL discs), DVD or CD media. With BDXL and M-DISC support, you can now back up your files with fewer discs than ever before, and since the drive is portable and USB bus powered, all of this can be done virtually anywhere. 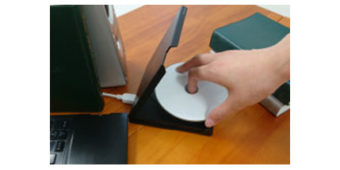 Clamshell type that enables the easy take in and takeout of a disc in a narrow place. 230g super lightweight and 133×133×14.8mm CD size compact body

Scratches and fingerprints on your CDs can cause them to skip. A drive normally makes a calculated guess at the unreadable data and attempts to correct this to match the original music. However, this is not 100% accurate. PureRead3+, when enabled, makes the drive reread the obscured data to extract the original music as accurately as possible.

Pioneer drives with Auto Quiet mode, monitor how they are being used and adjust their speed automatically – high speed for data transfer, and low speed for music or movie playback.