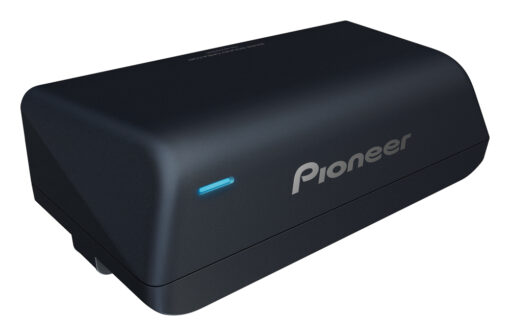 The Pioneer TS-WX010A Ultra-Compact active subwoofer is a direct result of over 80 years experience designing and manufacturing loudspeakers. Combining an incredibly small footprint & exceptionally low power consumption, the TS-WX010A is able to produce powerful and impactful bass. Designed not just for todays vehicles, the TS-WX010A is equipped for the future! 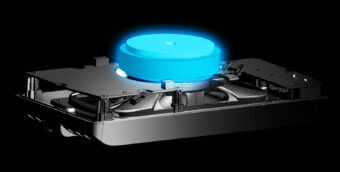 With it’s exceptionally high efficiency the TS-WX010A is perfectly suited to many of todays vehicles including EV (electric vehicles) and Hybrid (petrol/electric) vehicles where low weight, limited space and low power consumption are a high priority. 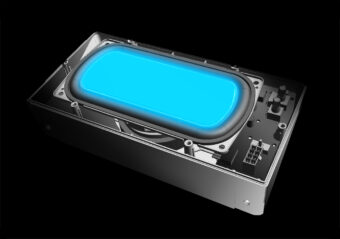 The TS-WX010A features a 16.8cm x 7.9cm aluminum cone with urethane surround and high-powered magnetic circuit. The downward firing enclosures is built from a highly durable high-grade resin and the driver is powered by a built-in 160w (50w Nom) Class-D amplifier. In comparison, the TS-WX010A is 48% smaller than Pioneer’s next smallest active subwoofer, the TS-WX130DA.

With an ultra-compact design the TS-WX010A is designed to be installed in the passenger side footwell allowing for it to integrate acoustically with the vehicles existing full range speakers. With both horizontal and vertical installation options the TS-WX010A can be mounted either near the underside of the dashboard or against the center console.

(Warning) – Do not install this product anywhere in the drivers area of the vehicle or in a location where it may interfere with safe operation of the vehicle or impact the performance of operating systems like air bags, controls, safety features etc. 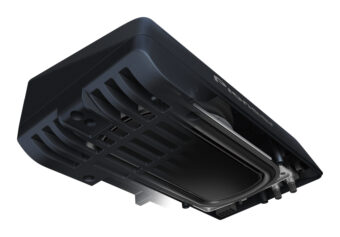 The TS-WX010A features a down-firing design with full grill to allow the combination of deep, powerful bass performance with a seamlessly integrated cosmetic design and physical durability.

With it’s unique design, the TS-WX010A is able to produce impactful bass with an extremely limited footprint. With the inclusion of  both RCA and speaker level inputs this ultra-compact active subwoofer can be connected to both aftermarket and factory audio systems simply.